What can affect wear-resisting hammer head to stone broken?

Cohesive force can be divided into two types: one is the cohesive force acting on the crystal, crystal between the particles, the other is acting on the crystal and crystal.The physical properties of the two cohesive forces are the same, but the difference lies in the numerical value. The former is much larger than the latter.Its crushing process is a very complex process of material size change, mainly including the strength, hardness, toughness, shape, size, humidity, density and homogeneity of the material, and many unestimable factors.External conditions such as the interaction and distribution of the material mass at the crushing moment are also important factors affecting the crushing process.All these factors complicate the dimensional variation of the crushing process to such an extent that it is not yet possible to arrive at a rigorous and complete theoretical account of the process.

The cohesive force depends on the nature and structure of the crystal in the material, and also on the defects in the crystal structure.These defects may be macro and micro cracks.Due to the presence of cracks, the connection between crystal groups becomes weaker.

Contact us
If you have any questions or suggestions about our products and services, please feel free to contact us , we will serve you wholeheartedly 7*24 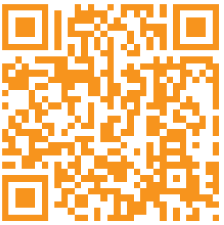